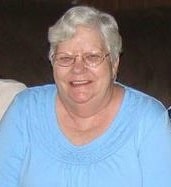 Sharon Lou Thomas, 72, of Salisbury passed away on Sunday December 6, 2015 at the Glenn A. Kiser Hospice House in Salisbury surrounded by family. She was born on November 10, 1943 in Charleston W.Va, to the late Oakie Frank Quinn and Jessie Welden Lawson Quinn Lowery.

She was a Former resident of Sissonville and has been a resident of Salisbury for 22 years. Sharon was a 1961 Graduate of Stonewall Jackson High school. She worked in Retail for many years and retired medically from Salisbury Kmart after 9 years 8 months.

In addition to her parents she was preceded in death by her, her step-father Omar B. Lowery (Jack), and brother Gary Ray Lowery.

There are no services scheduled at this time.

Carolina Cremation of Salisbury and Charlotte is assisting the Thomas family. Online condolences may be made at www.carolinacremation.com.