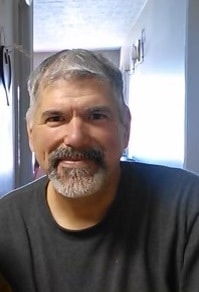 He was born June 26, 1967 in Salisbury, NC to James Maness and Kenetha Black Honeycutt. He was a member of Bogue Baptist Church and he enjoyed hunting, fishing and spending time with his grandkids. Steven worked as in construction and food service.

Steven was preceded in death by his dad, James Maness.

The family will greet friends and relatives at the home of Steve and Donna Maness.

A celebration of life will be announced at a later date. In lieu of flowers, memorials may be made to Trellis Supportive Care and Hospice House in Winston Salem, NC.

Carolina Cremation is assisting the Maness family. Online condolences may be made at www.carolinacremation.com.