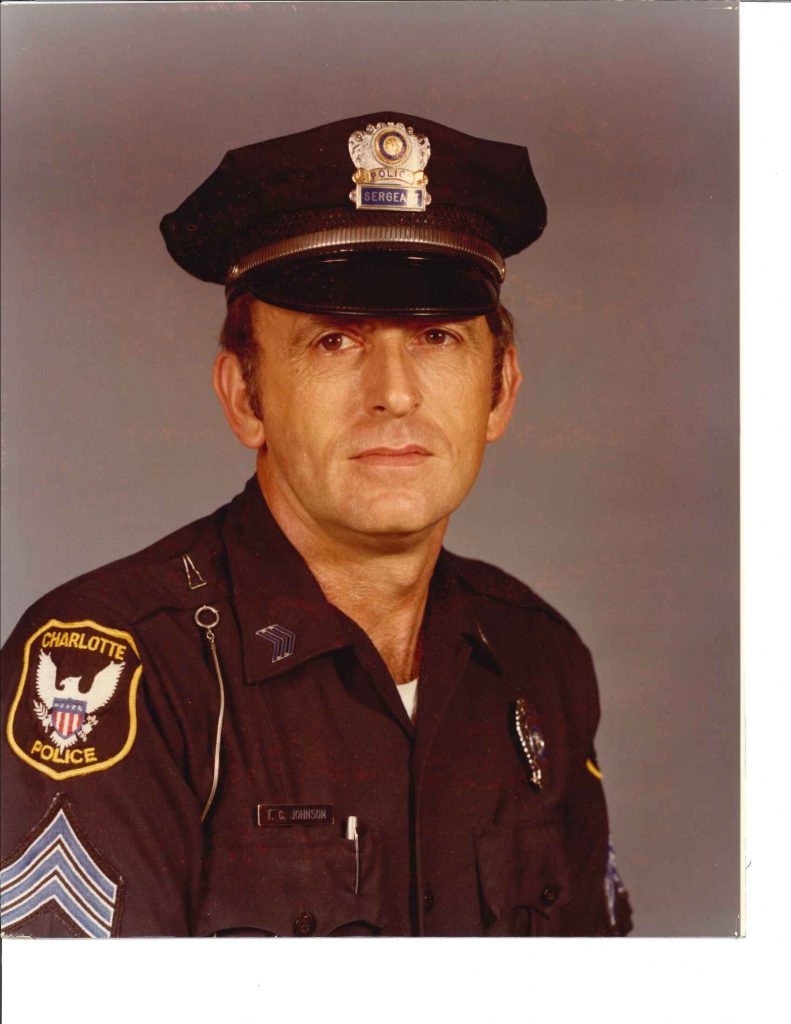 A 1956 graduate of Swain County High School, TC retired as a Sergeant from the Charlotte Police Force. He was a member of Jackson Park Baptist Church, a member of the Fraternal Order of Police – Chapter 9, enjoyed woodworking, hunting, fishing, blue grass gospel music and being with family.

In addition to his parents he was preceded in death by a brother, Reeves Johnson and sisters, Helen Johnson and Ethel J. Sitton.

In lieu of flowers a fund has been established to assist the Family with college and other expenses. Donations may be made to The Johnson Family Fund, Bank of the Carolinas, c/o Lynn Furr, 105 N. Main Street, Landis, NC 28088.