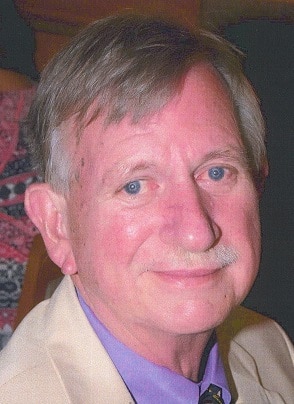 Thurmond Mitchell “Mitch” Upright, Jr. 71, of Salisbury, passed away Monday, September 7, 2020 at his home in Salisbury.

He was born December 6, 1948 to the late Thurmond Upright, Sr. and Francis Carter Fraley. Mitch was a 1967 graduate of East Rowan High School and attended Rowan Cabarrus Community College for 2 years. He worked for Hearst Celanese and later Kosa as an Electrical Planner Scheduler retiring in 2004.

Mitch was a member of Shiloh Reformed Church of Faith, and a member of the Spencer Moose Lodge. He was past President and a life time member of the Faith Jaycees, and also past president of the Rowan County Fair Association.

Mitch enjoyed spending time with his family, fishing, boating and playing cards with the math club.

In addition to his parents, Mitch was preceded in death by his brother, Steven Carter Upright; step-father, Joe Fraley; and son-in-law, Melvin Pepper.

The family will greet friends and relatives on Friday, September 11, 2020 from 2:00 – 3:00 pm in the Shiloh Reformed Church Fellowship Hall.

Carolina Cremation of Salisbury is honored to serve the Upright family. Online condolences may be made at www.carolinacremation.com.